You are using a web browser that may not support the design features on this site.

For the best experience, please switch to another browser. We recommend Chrome or Firefox.

Get to know us 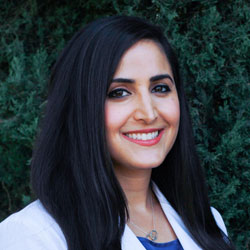 Dr. Sahar Yaftaly strives to help every patient achieve a healthy smile. Her passion for dentistry began by volunteering at the Free Clinic of Simi Valley where she met her mentor, Dr. Josie Dovidio, who inspired her to pursue a career in dentistry. Her desire is to make every patient feel as if they are part of the family and offers enthusiasm while providing high quality comprehensive dental care. Dr. Sahar Yaftaly is a Simi Valley native and is thrilled to be able to serve the community in which she was raised.

We like our patients to feel at home when they come to our office – to enter as patients and leave as friends. Our purpose is to provide quality care for the entire family, with the advantages of modern technology paired with the comfort of an old-town private practice.

Today we took a 4 hour drive northwest to Mmubende to visit more villages. Bonnie arranged to stay back and go back to the baby house and then spent the night with Christine Atherstone, a missionary we know who lives here.

The ride to Rakai was scary at times due to the constant rainfall and muddy conditions. There is a reason Ugandans pray before departing on a road trip! But Moses, our driver, would put stunt car drivers to shame.

At the first village, Muleete, we met Pastor Wilson who has planted over 72 churches and schools to date. He has an incredible life story. Back in the times of Idi Amin’s torturous rule (’70’s), he persecuted preachers of the gospel. Amin’s soldiers would scout local villages to look for pastors or believers and put guns to their head and tell them to stop or die instantly. Those who refused were either shot right there in front of everyone or imprisoned.

Pastor Wilson was imprisoned in a tunnel that had no windows and a solid gate on either side of the tunnel. There were hundreds of men in there. They were held captive for a total of 96 days with no food or water. He won’t speak of the atrocities that occurred in that tunnel in order to survive.

About 5 days into their capture, the gate was opened and a soldier announced “Tomorrow, 70 of you will be executed” and then closed the gate. The prisoners, knowing it was their last day started worshipping God and continued to sing and worship all night. The next morning, the gate next to Pastor Wilson was being jiggled open but the soldiers were not able to open the gate. It was jammed. So they heard the soldiers walk to the other side of the tunnel and open the other gate. Can you imagine the horror of the prisoners hearing their approach?

The soldiers pulled 70 men out of the tunnel, executed them and then stuffed them back into the tunnel and locked the gate. So now, for the remaining 91 days, the prisoners were locked in the tunnel with rotting corpses.

Take a break right now and process that. This is persecution for your beliefs.

On the 96th day, when they were released, Pastor Wilson thanked God for sparing his life and devoted himself to preaching the gospel and taking in the orphans of Uganda. He personally currently cares for 27 orphans in his home. The churches he plants are responsible for caring for thousands of orphans.

He is an amazing live testimony of dedication to the Lord and His work here on earth.

At the Kachungwa project, the men of our mission group assemble 2 HUGE water tanks to capture the rainfall and supply the school and orphanages with much needed clean water.

Pastor Wilson told us that in this area, 1500 kids die EACH year due to Malaria and other diseases that come from the unclean water. These 2 water tanks will likely save many lives.

While they did that, we spoke with the ladies. They clapped in excitement when I was introduced as a dentist from America who came to see them. It is very odd and humbling all at the same time. I taught the ladies about the importance of keeping their mouths clean because it is the gateway to the rest of the body. They were very receptive to the information and were so excited when I passed out toothbrushes, toothpaste and flossers. One lady even jumped around in her seat, laughing and clapping.

Two other ladies in our group spoke as well about business and then we prayed for them. Because they were so thankful for the information, they broke out in spontaneous worship songs and just blessed us with 20 minutes of singing and dancing. A drummer heard them and came in to add percussion with his African drum. It was amazing!

That night, we spent the night in a “hotel” which was really a “no-tell motel”. It was really quite disgusting but we survived it and went back to Kachungwa the next day.

The following day, while the men finished the water tank project, Janice, Mary and I set up a dental clinic in the church. Yesterday, prior to leaving, I screened 400 orphans and students. Today, the surrounding villagers heard I was at the church and showed up because they wanted to be seen as well. It is very awkward to have people bowing before you in appreciation for looking after them. They are so grateful and bowing is a sign of respect.

I ended up removing 30 teeth either due to infection, gross decay or fracture. We had to turn a lot of people away due to time. But we passed out a lot of pencils and toothbrushes and toothpaste.

As we were packing up, I was called over to look at a little girl who is very sick. She was sleeping in the church because she and her mom were kicked out of their village because they didn’t want to catch whatever the little girl had (which is unknown because she can’t afford to the doctor and there isn’t a doctor for miles).

The little girl was sleeping and the mom and sister were wiping her with cool rags. She has a high fever and an extended belly much like the malnourished children here do. However, family members say that they do feed her and she does eat well, so they don’t know what is wrong with her. Of course, I wasn’t much help but they wanted any doctor to look at her. The best I could do was pray for her and they were eager for it. Their faith is all they have.

Many of the people in the church surrounded her as I laid hands on her and we all prayed. It was heartbreaking to know you can’t do anything for her and she will likely die in the next few days.

As we headed back to our bus, we could barely board it as the kids had surrounded it and were singing praise songs thanking God for bringing the Muzugnus (white people) from America to care for them.

The pastor thanked us for leaving our families and risking our lives to help the people of Uganda. He got choked up and I did too. They really appreciate our efforts there and were so grateful.

How grateful are you today? Do you know someone you can help without expecting anything in return. Try it. It’s an amazing feeling!